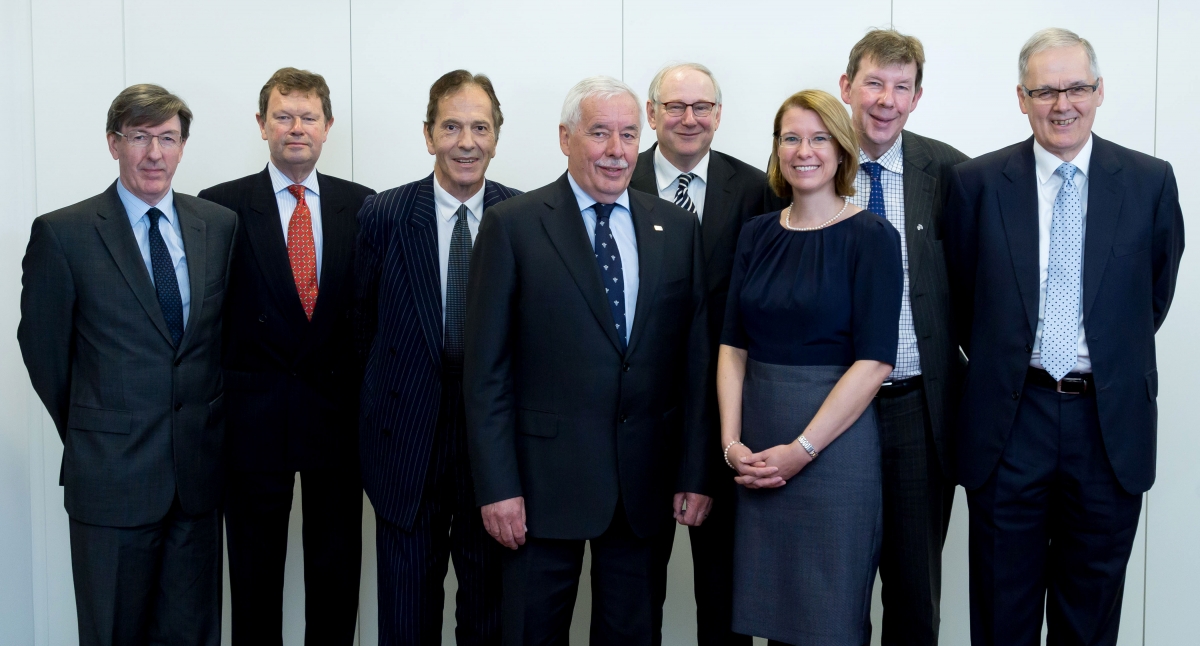 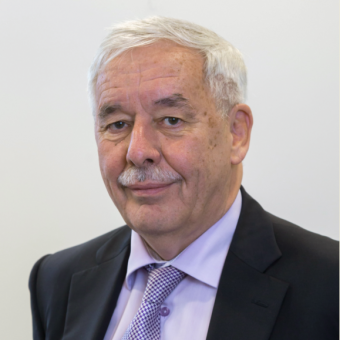 Chairman of the Commission

Drs. Schrauwers [Cees] is a Dutch economist with over forty years' experience in financial services. He has served as Managing Director of Aviva International, CGU Insurance and Commercial Union covering both the general insurance and life sectors. He was instrumental in the mergers with General Accident and Norwich Union which resulted in the creation of Aviva plc.  Following the mergers he was appointed Managing Director of Aviva International, gaining valuable experience in dealing with regulators across the globe, including North America. Prior to this, he was a Partner with Coopers & Lybrand in charge of its insurance consultancy practice. He has served as Chairman of Drive Assist Holdings Limited, Senior Independent Director of Brit Insurance Holdings Plc. and Brit Syndicates Limited, Non-Executive Director of Canopius Holdings UK Limited and Canopius Managing Agents Limited, Director of Munich Re (UK) Plc and as a Senior Independent Director of Record Plc for nine years. He was also formerly an Independent Director at the Scottish Widows Group. He is currently Chairman and Commissioner of the Guernsey Financial Services Commission. Cees was appointed as a Commissioner in 2008 and Chairman in 2012.  He was educated at the Vrije Universiteit Amsterdam and Nautical College Den Helder. He lives with his wife near London. 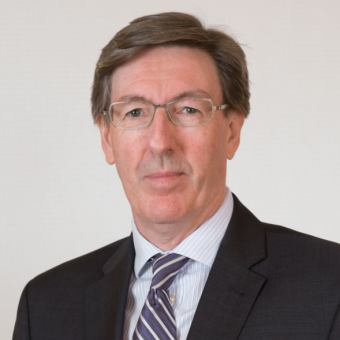 Vice-Chairman of the Commission

Bob Moore was appointed as a Commissioner in February 2012 and Vice-Chairman with effect from 2 February 2017. He has spent over thirty years in the financial services industry in Guernsey and internationally. From 1979 to 1997, he held positions in international banking and international private banking with the Lloyds Bank/Lloyds TSB Group in South America, the United States, the United Kingdom and Luxembourg. These included responsibility for Lloyds’ international private banking operations in New York and in Luxembourg. From 1997 to 2011, he was jurisdictional Managing Director with responsibility for the Butterfield Group’s operations in Guernsey, including banking, investment management, custody and fiduciary services. In June 2011, he was appointed to the position of Executive Vice-President and Head of Group Trust for the Butterfield Group. He has also been a Director of a number of other Guernsey banks and investment funds. 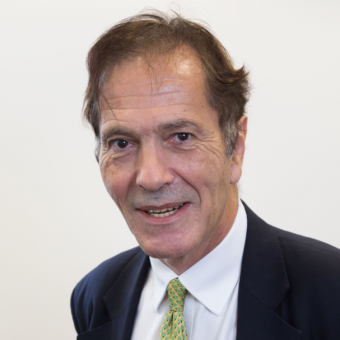 Howard Flight was appointed as a Commissioner in 2005. He was the Conservative Member of Parliament for Arundel and South Downs from 1997 to 2005, during which time he was Shadow Chief Secretary to the Treasury and a member of the Shadow Cabinet.  From 1999 to 2004 he had Shadow Treasury responsibilities for the Finance Acts, the financial services industry, financial regulations and pensions.  He has worked for over forty years in the financial services industry, starting his career at Rothschilds.  In the second half of the 1970s he worked for HSBC's merchant bank in Hong Kong and India.  In 1979 he joined Guinness Mahon and established what became Guinness Flight Global Asset Management, of which he was joint Managing Director until it was acquired by Investec in 1998.  He formed, and is Chairman of, Flight & Partners, which is the manager of the Flight & Partners Recovery Fund, and is currently a Director of Investec Asset Management Limited, Metrobank plc, Aurora Investment Trust plc and a number of other companies and investment funds. 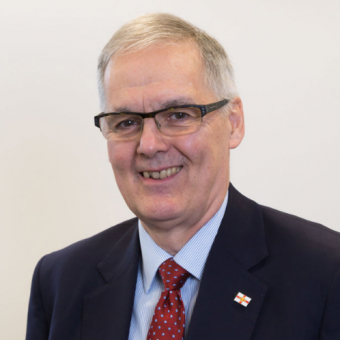 Richard Hobbs was appointed as a Commissioner in January 2012. His first career was in the UK Civil Service where he concentrated on a variety of consumer protection and European issues. Latterly, he was a Director of the Department of Trade and Industry’s Insurance Division where he was responsible for overall supervision of the Lloyd’s insurance market during its reconstruction in the mid-1990s. He has been Head of Life and Pensions at the Association of British Insurers, and for the past twenty years has been a consultant advising a wide range of clients in financial services on regulatory, risk and governance issues. He was previously Chairman of Faber Global Limited, a wholesale insurance broker and Barbican Managing Agency Limited, a Lloyd’s managing agent.  He is currently a Non-Executive Director on the Board of Beach UK Holdco Limited, a resinsurance broker. 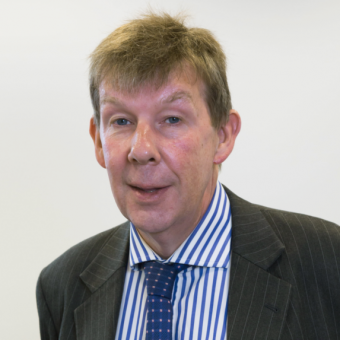 Advocate Howitt was appointed as a Commissioner in June 2013. He has over thirty years’ experience as an Advocate and is a consultant at Babbé having previously been a Partner.  He is a member of the Council of the Chamber of Commerce and served as its President between 2001 and 2003. Advocate Howitt has served on a number of States Committees including being a non-States member of the Legislation Select Committee and its successor, the Legislation Review Panel, since 2004, the Share Transfer Duty working party and the Inheritance Law Review Committee.  Advocate Howitt is currently the Deputy Bâtonnier of the Guernsey Bar. 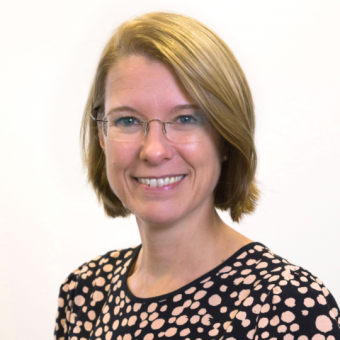 Wendy Dorey was appointed as a Commissioner in November 2015.  She has spent over twenty years in the financial services industry in the UK, France and Guernsey.  Prior to moving to Guernsey in 2010 as Director of Dorey Financial Modelling, she occupied senior posts in financial marketing, distribution and business planning & strategy with Robert Fleming, Friends Ivory & Sime and M&G Asset Management in London.  During that period she was also responsible for internal audit reporting, external risk reporting to the Financial Services Authority and embedding new "Treating Customers Fairly" processes.  In 2005, she was responsible for the launch, and on-going promotion of the Guernsey-domiciled M&G Property Fund to the UK market.  She also previously assisted the Investment Management Association in developing a new investment management syllabus for Independent Financial Advisers.  In November 2017, she was appointed as a Non-Executive Director of Schroders (C.I.) Limited, and obtained a Diploma in Company Direction from the Institute of Directors in 2018. 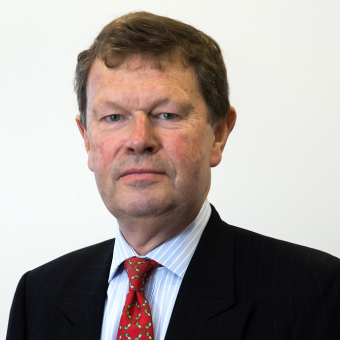 John Aspden is a senior finance professional with significant experience in investment and banking supervision in both the public and private sectors. He was Chief Executive of the Financial Supervision Commission in the Isle of Man from 1998 to 2015, where he was responsible for the regulation and supervision of all banking, securities and funds, trusts and companies, and money transmission activities. Prior to taking up his role at the Financial Supervision Commission in the Isle of Man, Mr. Aspden held roles in the private sector including Managing Director of Matheson InvestNet Ltd, at the time Hong Kong’s largest independent distributor of, and adviser on, collective investments for retail investors. Mr. Aspden has also held the role of Deputy General Manager of the International Bank of Asia Ltd and has worked in banking supervision at the Bank of England and at the Office of the Commissioner of Banking in Hong Kong, now HKMA. Mr. Aspden is also Chairman of the Group of International Finance Centre Supervisors and was made MBE for his work in financial services supervision. 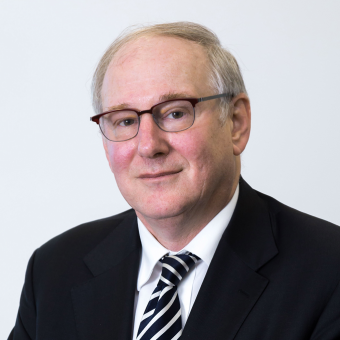 Philip Middleton is a senior financial services strategist with significant recent experience in advising government, central banks and financial institutions on crisis related issues. Since 2014, he has carried out consulting and advisory work in central banking and financial services through Rifle House Capital Ltd. He is also Deputy Chairman of the Board of the Official Monetary and Financial Institutions Forum, a leading Central Banking think tank. He has had significant experience in the private sector, holding various roles within KPMG LLP, including Partner and European Head of Financial Services Strategy, and within Ernst & Young LLP, including Partner and Head of Central Banking, EMEIA.